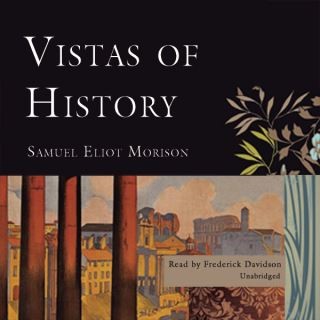 In 1963, Samuel Eliot Morison, long one of our most distinguished historians, was awarded the first Balzan Prize in History, a prize that rivals the Nobel Prize in splendor and munificence. To receive the award, Admiral Morison had to go to Rome, where he delivered an address, “The Experiences and Principles of an Historian.” This book includes the address he gave, as well a fascinating account of the award ceremonies, of which he was a central figure.

Morison also draws from his own published work to illustrate how a master historian deals with a variety of problems. There are examples from social history, biography, political history, and military history. The entire collection demonstrates brilliantly the breadth of interests, depth of scholarship, and sureness of writing that earned Admiral Morison his great reputation.

Samuel Eliot Morison (1887–1976), Rear Admiral, United States Naval Reserve, was a Pulitzer Prize–winning historian noted for his authoritative and highly readable works of history. A sailor as well as a scholar, he garnered numerous literary prizes, military honors, and national awards, including the Presidential Medal of Freedom.

Frederick Davidson (1932–2005), also known as David Case, was one of the most prolific readers in the audiobook industry, recording more than eight hundred audiobooks in his lifetime, including over two hundred for Blackstone Audio. Born in London, he trained at the Royal Academy of Dramatic Art and performed for many years in radio plays for the British Broadcasting Company before coming to America in 1976. He received AudioFile’s Golden Voice Award and numerous Earphones Awards and was nominated for a Grammy for his readings.