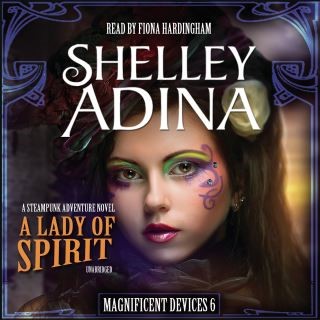 A Lady of Spirit

Under normal circumstances, Maggie and Lizzie would be delighted to meet their long-lost relatives and be reunited with those who had believed them dead, but when are the Mopsies’ circumstances ever to be considered normal? With her half-brother Claude Seacombe, Lizzie travels to Cornwall to meet her mother’s parents. Maggie goes along too, since she is part of the family … or so one might assume. But the more time she spends in her grandparents’ clifftop mansion, the more she realizes that something is not right, and the events surrounding her own mother’s death are more mysterious—and dangerous—than anyone alive suspects. For an old nemesis is preying on the weak and proud, and no matter how well dressed or well educated a young lady might be, she cannot stand by and watch evil destroy a beloved cousin’s future. Maggie must straighten her spine and plunge into danger for Lizzie’s sake … and prove that no matter the name she bears, she is first and foremost what the Lady of Devices believes her to be: a lady of spirit.