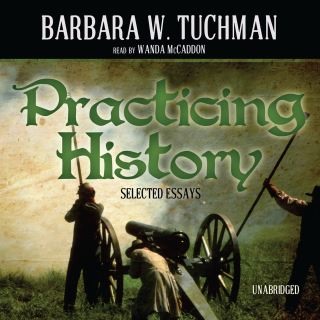 Master historian Barbara W. Tuchman looks at history in a unique way and draws lessons from what she sees. This accessible introduction to the subject of history offers striking insights into American's past and present, trenchant observations on the international scene, and thoughtful pieces on the historian's role. History should not just be a series of facts, names, and dates—it should be a flowing narrative, the story of humanity, written as vividly as a novel.

Here is a splendid body of work, the story of a lifetime spent "practicing history."

Barbara W. Tuchman (1912–1989) was a self-trained historian and author who achieved prominence with The Zimmerman Telegram and international fame with The Guns of August, which won the Pulitzer Prize in 1963. She received her BA degree from Radcliffe College in 1933 and worked as a research assistant at the Institute of Pacific Relations in New York and Tokyo from 1934 to 1935. She then began working as a journalist and contributed to publications including The Nation, for which she covered the Spanish Civil War as a foreign correspondent in 1937. Her other books, include The Proud Tower, A Distant Mirror, Practicing History, The March of Folly, The First Salute, and Stilwell and the American Experience in China: 1911-45, also awarded the Pulitzer Prize. In 1980 the National Endowment for the Humanities selected her to deliver the Jefferson Lecture, the US government’s highest honor for intellectual achievement in the humanities.