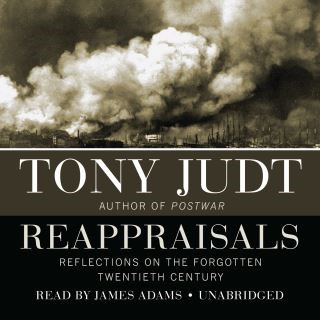 Reflections on the Forgotten Twentieth Century

The accelerating changes of the past generation have been accompanied by a similarly accelerated amnesia. The twentieth century has become “history” at an unprecedented rate. The world of 2007 is so utterly unlike that of even 1987, much less any earlier time, that we have lost touch with our immediate past even before we have begun to make sense of it—and the results are proving calamitous.

In less than a generation, the headlong advance of globalization, with its geographical shifts of emphasis and influence, has altered structures of thought that had been essentially unchanged since the European industrial revolution. We have lost touch with a century of social thought and socially motivated activism. In Reappraisals, Tony Judt resurrects the key aspects of the world we have lost in order to remind us how important they still are to us now and to our hopes for the future.

Tony Judt (1948–2010) was a British historian, essayist, author, editor, and university professor. He specialized in European history, was the Erich Maria Remarque Professor in European Studies at New York University, and director of NYU’s Erich Maria Remarque Institute. He was a frequent contributor to the New York Review of Books, the Times Literary Supplement, the New Republic, the New York Times, and many other journals in Europe and the United States. In 1996 he was elected a fellow of the American Academy of Arts and Sciences and in 2007 a corresponding fellow of the British Academy. His book Postwar: A History of Europe Since 1945 was a finalist for the Pulitzer Prize.