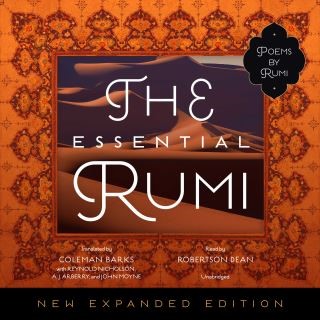 This revised and expanded edition of The Essential Rumi includes a new introduction by Coleman Barks and more than eighty never-before-published poems.

Through his lyrical translations, Coleman Barks has been instrumental in bringing this exquisite literature to a remarkably wide range of readers, making the ecstatic, spiritual poetry of thirteenth-century Sufi mystic Rumi more popular than ever.

The Essential Rumi continues to be the bestselling of all Rumi books, and the definitive selection of his beautiful, mystical poetry.

Rumi (1207–1273) is the foremost Sufi poet, famous for his lyrics and for his didactic epic Masnavi, a collection of mystical tales and discourse. Rumi lived in the Seldjuk capital Konya, and his influence on literature, carried by his Sufism, spread with the expansion of the Ottoman Empire and lasted centuries.