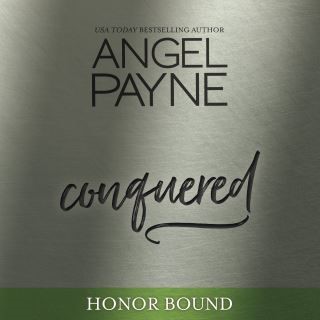 Can one turn of fate be their conquering destiny?

Jen Thorne is the resident book geek at Nellis Air Force Base, though she’s strict about keeping her fictional men separate from her real-life expectations. It’s safer, for her heart and soul, to maintain her personal life as a no-fly zone.

Until she stumbles onto Sam Mackenna’s radar.

It’s clear the Scottish RAF pilot―on loan to the Air Force for a month of cross-training―is more than Jen’s fantasy Highlander come to life. His commanding aura is as intoxicating as his golden gorgeousness, and she’s unable to resist the desire to let him dominate her in every way possible.

But that may be easier said than done.

Angel Payne: USA Today bestselling romance author Angel Payne has written for four publishing houses, and is also independently published. She loves to focus on high heat romance with emotional twists. She has numerous book series to her credit, including the Honor Bound series, the Suited for Sin series, the Cimarron Saga, the Temptation Court series, and the Secrets of Stone series (with Victoria Blue). Angel is thrilled to be an author for the Waterhouse Press bestselling Misadventures series, and looks forward to the launch of the Bolt Saga, featuring her super hero Reece Richards, launching in Summer 2018. Angel lives in Southern California with her soul mate husband and beautiful cosplaying daughter. As an “anime family”, they enjoy attending pop culture cons together.