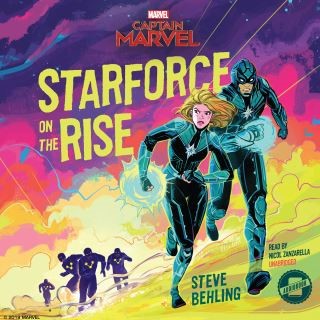 The Kree Starforce are the baddest elite warriors in the cosmic business. Vers, their newest recruit, brings impressive photon-blasing powers to the team, but her impulsive nature has inspired some distrust among fellow Starforce members Korath, Att-Lass, Bron-Char, and, most of all, Minn-Erva, the team’s most valued sniper.

Under the tutelage of her commander, Vers will learn the ways of Starforce whether she likes it or not. Will Vers prove her worth to the team, and to herself, or will the pressure to succeed be her ultimate downfall?

Steve Behling worked as an editor for Marvel. He has created a number of installments in the Iron Man series as well as the “How to Draw” series.