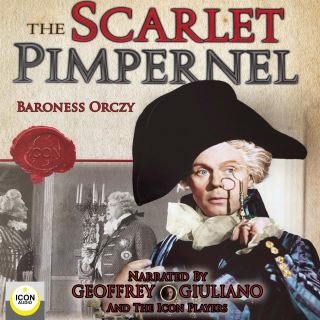 The Scarlet Pimpernel is the first novel in a series of historical fiction by Baroness Orczy, The novel is set during the Reign of Terror following the fthe French Revolution. The title is the nom de guerre of its hero and protagonist, a chivalrous Englishman who rescues aristocrats before they are sent to the guillotine. Sir Percy Blakeney leads a double life: apparently nothing more than a wealthy fop, but in reality a formidable swordsman and a quick-thinking escape artist. The band of gentlemen who assist him are the only ones who know his secret identity. He is known by his symbol, a simple flower, the scarlet pimpernel.
Opening at the New Theatre in London's West End on January 5, 1905, the play became a favourite of British audiences, eventually playing more than 2,000 performances.
Produced by Devin Lawerence
Edited by Macc Kay
Production executive Avalon Giuliano
ICON Intern Eden Giuliano
Music By AudioNautix With Their Kind Permission
©2020 Eden Garret Giuliano (P) Eden Garret Giuliano

Geoffrey Giuliano is the author of over thirty internationally bestselling biographies, including the London Sunday Times bestseller Blackbird: The Life and Times of Paul McCartney and Dark Horse: The Private Life of George Harrison. He can be heard on the Westwood One Radio Network and has written and produced over seven hundred original spoken-word albums and video documentaries on various aspects of popular culture. He is also a well known movie actor.