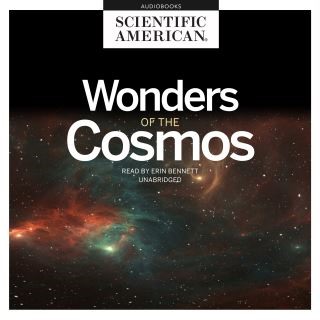 Wonders of the Cosmos

“Cosmos” comes from a Greek word for an orderly and systematic universe. In this book, we present the most riveting discoveries and mind-bending ideas about our cosmic home, from what we know of the origins of the universe and the cartography of space to the most bizarre phenomena and the search for life. Discussions include the possibility that the big bang was the consequence of a black hole in a fourth spatial dimension, that cosmic ripples created infinite universes, that entangled black holes could act as wormhole-like passageways through space, and much more.

Scientific American is the longest continuously published magazine in the US and the home of the most exciting authors presenting the most dynamic ideas in science today. As the leading popular source and authority on science, technology, and innovation, Scientific American’s award-winning scientist-authored content engages, educates, and inspires current and future generations of curious citizens and public and private sector leaders.