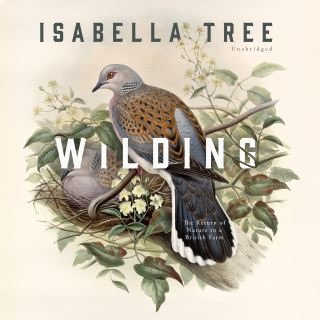 The Return of Nature to a British Farm

An inspiring story about what happens when 3,500 acres of land, farmed for centuries, is left to return to the wild, and about the wilder, richer future a natural landscape can bring

For years Charlie Burrell and his wife, Isabella Tree, farmed Knepp Castle Estate and struggled to turn a profit. By 2000, with the farm facing bankruptcy, they decided to try something radical. They would restore Knepp’s 3,500 acres to the wild. Using herds of free-roaming animals to mimic the actions of the megafauna of the past, they hoped to bring nature back to their depleted land. But what would the neighbors say, in the manicured countryside of modern England where a blade of grass out of place is considered an affront?

In the face of considerable opposition the couple persisted with their experiment and soon witnessed an extraordinary change. New life flooded into Knepp, now a breeding hot spot for rare and threatened species like turtle doves, peregrine falcons, and purple emperor butterflies.

At a time of looming environmental disaster, Wilding is an inspiring story of a farm, a couple, and a community transformed. Isabella Tree’s wonderful book brings together science, natural history, a fair bit of drama, and—ultimately—hope.

Isabella Tree is an award-winning author and travel writer, and the manager of the Knepp Wildland Project, along with her husband, Charlie. She has contributed to National Geographic, Granta, the Sunday Times, and The Observer, and her articles have been chosen for The Best American Travel Writing and Reader’s Digest Today’s Best Nonfiction. Tree is the author of several books, including The Living Goddess and The Bird Man. She lives in England.