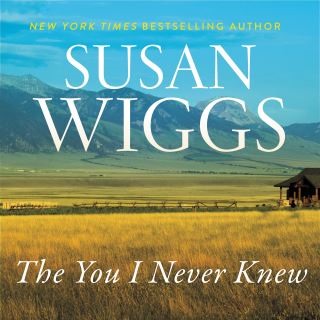 The You I Never Knew

FOR EVERY WOMAN WHO HAS EVER LOVED -- AND NEVER FORGOTTEN.

Michelle Turner thought she lost everything at seventeen. Her father, a Hollywood legend, had finally summoned her to his Montana ranch. But when he learned of her affair with Sam McPhee, a hired hand, he had Sam fired and destroyed his family. Michelle, pregnant and alone, fled to Seattle.

Now a successful advertising exec, Michelle is safe-safe from love, safe from hurt. But her son is lost to her, a troubled teen on the verge of self-destruction, a boy who blames her for the absence of his father and grandfather. And then her father calls to tell her he is dying. He has only one chance to live-if she will donate a kidney to save him.

For her sick father, she must bridge the gulf that distance and time have widened. For her son, she must find the miracle that will pull him away from the abyss that threatens his future. And for Sam, the man who left her years ago, she must face all the secrets of the past and find a way to heal the scars and love again.