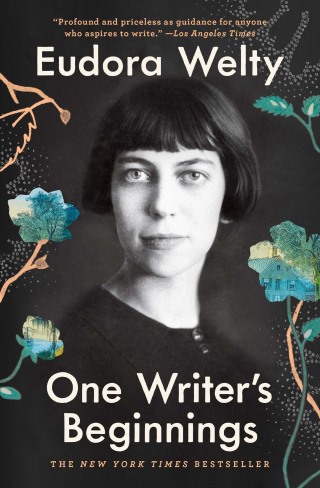 Featuring a new introduction, this updated edition of the New York Times bestselling classic by Pulitzer Prize and National Book Award–winning author and one of the most revered figures in American letters is “profound and priceless as guidance for anyone who aspires to write” (Los Angeles Times).

Born in 1909 in Jackson, Mississippi, Eudora Welty shares details of her upbringing that show us how her family and her surroundings contributed to the shaping not only of her personality but of her writing as well. Everyday sights, sounds, and objects resonate with the emotions of recollection: the striking clocks, the Victrola, her orphaned father’s coverless little book saved since boyhood, the tall mountains of the West Virginia back country that became a metaphor for her mother’s sturdy independence, Eudora’s earliest box camera that suspended a moment forever and taught her that every feeling awaits a gesture.

In her vivid descriptions of growing up in the South—of the interplay between black and white, between town and countryside, between dedicated schoolteachers and the children they taught—she recreates the vanished world of her youth with the same subtlety and insight that mark her fiction, capturing “the mysterious transfiguring gift by which dream, memory, and experience become art” (Los Angeles Times Book Review).

Part memoir, part exploration of the seeds of creativity, this unique distillation of a writer’s beginnings offers a rare glimpse into the Mississippi childhood that made Eudora Welty the acclaimed and important writer she would become.

Eudora Welty: Eudora Welty (1909­–2001), one of the most important and beloved writers of the 20th century and master of the short story form, was born and lived most of her life in Jackson, Mississippi. The author of multiple essays, novellas, and novels, including The Optimist’s Daughter and Delta Wedding. She received the Presidential Medal of Freedom, the Order of the South, the National Book Award, and the Pulitzer Prize, among many other literary awards. She was also the first living author to have her works published by the Library of America.