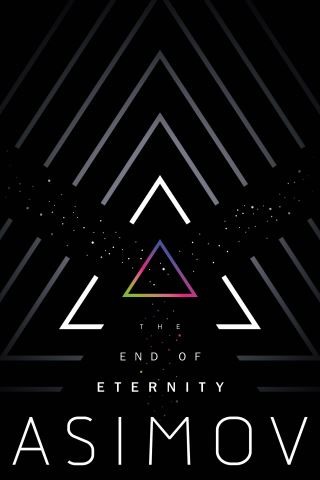 The End of Eternity

Due to circumstances within our control . . . tomorrow will be canceled.

The Eternals, the ruling class of the Future, had the power of life and death not only over every human being but over the very centuries into which they were born. Past, Present, and Future could be created or destroyed at will.

You had to be special to become an Eternal. Andrew Harlan was special. Until he committed the one unforgivable sin—falling in love.

Eternals weren’t supposed to have feelings. But Andrew could not deny the sensations that were struggling within him. He knew he could not keep this secret forever. And so he began to plan his escape, a plan that changed his own past . . . and threatened Eternity itself.

Isaac Asimov: Isaac Asimov began his Foundation series at the age of 21, not realizing that it would one day be considered a cornerstone of science fiction. During his legendary career, Asimov penned over 470 books on subjects ranging from science to Shakespeare to history, though he was most loved for his award-winning science fiction sagas, which include the Robot, Empire, and Foundation series. Named a Grand Master of Science Fiction by the Science Fiction and Fantasy Writers of America, Asimov entertained and educated readers of all ages for close to five decades. He died, at the age 72, in April 1992.