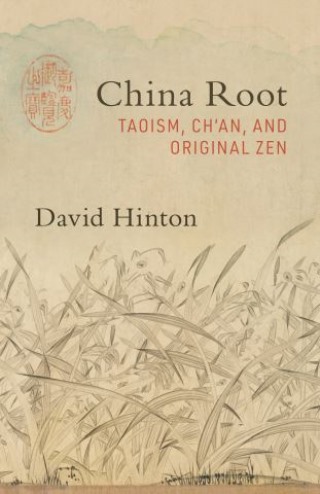 A beautifully compelling and liberating guide to the original nature of Zen in ancient China by renowned author and translator David Hinton.

Buddhism migrated from India to China in the first century C.E., and Ch'an (Japanese: Zen) is generally seen as China's most distinctive and enduring form of Buddhism. In China Root, however, David Hinton shows how Ch'an was in fact a Buddhist-influenced extension of Taoism, China's native system of spiritual philosophy. Unlike Indian Buddhism's abstract sensibility, Ch'an was grounded in an earthy and empirically-based vision. Exploring this vision, Hinton describes Ch'an as a kind of anti-Buddhism. A radical and wild practice aspiring to a deeply ecological liberation: the integration of individual consciousness with landscape and with a Cosmos seen as harmonious and alive.

In China Root, Hinton describes this original form of Zen with his trademark clarity and elegance, each chapter exploring in enlightening ways a core Ch'an concept--such as meditation, mind, Buddha, awakening--as it was originally understood and practiced in ancient China. Finally, by examining a range of standard translations in the Appendix, Hinton reveals how this original understanding and practice of Ch'an/Zen is almost entirely missing in contemporary American Zen, because it was lost in Ch'an's migration from China through Japan and on to the West.

Whether you practice Zen or not, taking this journey on the wings of Hinton's remarkable insight and powerful writing will transform how you understand yourself and the world.

David Hinton: DAVID HINTON's many translations of ancient Chinese poetry and philosophy have earned wide acclaim for creating compelling contemporary works that convey the actual texture and density of the originals. The author of countless books of essays and poetry, Hinton has been awarded a Guggenheim Fellowship, numerous fellowships from the N.E.A. and the N.E.H, the Landon Translation Award, the PEN American Translation Award, and a lifetime achievement award by The American Academy of Arts and Letters.