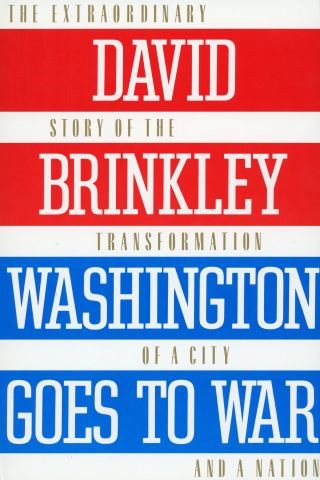 David Brinkley, one of America's most respected and celebrated news commentators, turns his journalistic skills to a personal account of the tumultuous days of World War II in the sleepy little Southern town that was Washington, D.C.

Carrying us from the first days of the war through Roosevelt's death and the celebration of VJ Day, Brinkley surrounds us with fascinating people. Here are the charismatic President Roosevelt and the woman spy, code name "Cynthia." Here, too, are the diplomatic set, new Pentagon officials, and old-line society members--aka "Cave Dwellers." We meet the brashest and the brightest who actually ran the government, and the countless men and women who came to support the war effort in any way they could--all seeking to share in the adventure of their generation.

David Brinkley: DAVID BRINKLEY was an award-winning journalist and American newscaster for NBC and ABC from 1943 to 1997. He was the host of the popular Sunday program, This Week with David Brinkley. Over the course of his career, Brinkley was the recipient of ten Emmy Awards, three George Foster Peabody Awards, and the Presidential Medal of Freedom. He died in 2003.