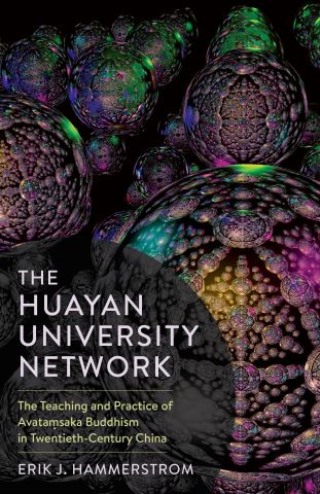 The Teaching and Practice of Avataṃsaka Buddhism in Twentieth-Century China

In the early twentieth century, Chinese Buddhists sought to strengthen their tradition through publications, institution building, and initiatives aimed at raising the educational level of the monastic community. In The Huayan University Network, Erik J. Hammerstrom examines how Huayan Buddhism was imagined, taught, and practiced during this time of profound political and social change and, in so doing, recasts the history of twentieth-century Chinese Buddhism.

Hammerstrom traces the influence of Huayan University, the first Buddhist monastic school founded after the fall of the imperial system in China. Although the university lasted only a few years, its graduates went on to establish a number of Huayan-centered educational programs throughout China. While they did not create a new sectarian Huayan movement, they did form a network unified by a common educational heritage that persists to the present day. Drawing on an extensive range of Buddhist texts and periodicals, Hammerstrom shows that Huayan had a significant impact on Chinese Buddhist thought and practice and that the history of Huayan complicates narratives of twentieth-century Buddhist modernization and revival. Offering a wide range of insights into the teaching and practice of Huayan in Republican China, this book sheds new light on an essential but often overlooked element of the East Asian Buddhist tradition.

Erik J. Hammerstrom: Erik J. Hammerstrom is associate professor of East Asian and comparative religions at Pacific Lutheran University. He is the author of The Science of Chinese Buddhism: Early Twentieth-Century Engagements (Columbia, 2015).