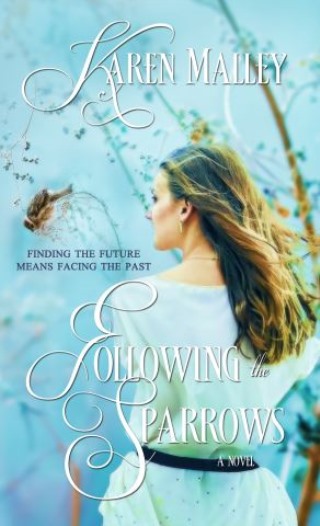 Kathryn Baker is trying to escape her past

After the tragic death of her husband, Kathryn throws herself into her scientific career. She hopes to right the wrongs of her past before they catch up to her. But when she runs into a handsome stranger, she discovers that he just might hold the key to her future.

Adam Harrison is tired of running from his past

After losing everything he worked for in life, Adam is finally ready to follow the path that God has for him. When a series of chance meetings brings him to Kathryn, he considers the possibility of loving again. But Kathryn is still on the run from God and from her past.

Can Adam convince Kathryn to stop running and trust him with her secrets, or will her fear make it impossible for them to have a future together?

Karen Malley: Karen has had her nose in a book since she first learned to read. She wrote her first book when she was six. Granted, it was illustrated in crayon and was a 70-word story about her dog, but still, the seed was planted. Fast forward a few decades, and she is now a scientist who still loves to delve into the world of fictional characters in her free time. Karen writes stories about women who are either finding God or finding the way to grow closer to God, and just happen to fall in love along the way.