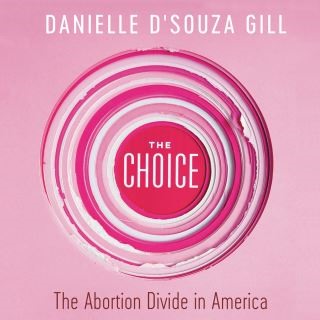 The Abortion Divide in America

For fifty years the abortion debate has remained stagnant, trapped in sterile categories and familiar rhetoric. Each side thinks they know what the other has to say, so they don't listen. Consequently, they have become deaf to each other's pleas.
Danielle D'Souza Gill, in a pathbreaking new book, blows the lid off the abortion debate, which is radically different than it was when the Supreme Court issued its landmark ruling of Roe v. Wade in 1973. Technology has transformed the landscape and allowed people to see development in the womb. Ultrasound has rendered many old assumptions about abortion obsolete.
The Democratic Left has become radicalized on abortion. It is no longer a necessary evil, but a positive good. Consequently, the Left has legitimized a form of mass killing in this country that dwarfs the deaths caused by cancer, smoking, homicide, terrorism, and war.
Writing with freshness, intelligence, and insight, Danielle explores the contours of the debate, taking into account new ideas, new technology, and new laws and putting forth a new vision for a life-affirming society.
In Socratic style, Danielle builds her case in response to the strongest contentions of the pro-choice camp. She engages their most powerful arguments head-on, carefully examines them, and then dismantles them. The result is a pro-life argument so persuasive that it will reach into the heart of the most hardened opponent.
While it is a heartbreaking book, it is in the end inspiring. No matter what you believe about abortion, this book will educate, astonish, and deeply move you. It may move you to a position different from what you now hold.
If you read one book about abortion, make it this one, The Choice: The Abortion Divide in America.

Danielle D'Souza Gill: Danielle D'Souza Gill is a young author and commentator who lives in New York City. A graduate from Dartmouth College, and the author of YGod: An Intelligent Discussion on the Relevance of Faith, she has also filmed videos for PragerU, has been a Turning Point USA ambassador, and been on various tv and radio networks including Fox News, One America, Newsmax, and Salem Radio. She is the youngest Advisory Board member of Women for Trump, a coalition of Donald J. Trump's campaign. The Choice: The Abortion Divide in America, is her second book.