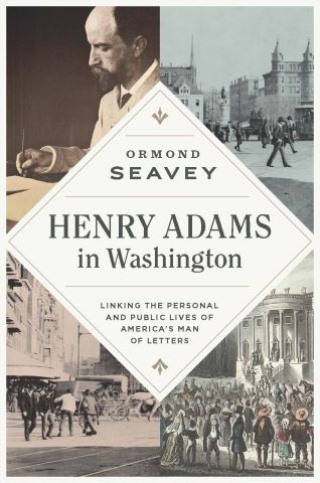 A descendent of two U.S. presidents and winner of the Pulitzer Prize, Henry Adams enjoyed a very particular place in American life, not least due to his ancestry. Yet despite his prolific writing in the years between 1877 and 1891, when he lived in Washington, D.C., Adams has somehow slipped into the gap between history and literature. In Henry Adams in Washington, Ormond Seavey integrates the diverse aspects of Adams’s writing, arguing for his placement among the major American writers of the nineteenth century.

Examining Adams’s nine-volume History, which Seavey argues demands renewed literary attention, as well as his two novels, Democracy and Esther, and his biographies of Albert Gallatin and John Randolph of Roanoke, Seavey shows how Adams reveals his own character and personality in his writings, particularly his fondness for the personal rather than the public sphere. As a historian writing in Washington, D.C., Adams surely encountered the expectation that public life takes precedence over the personal; in the execution of both his historical writing and his novels, however, he dwells instead on the personal costs of public life and the diminishment of public figures who lack a fulfilling personal life. Revealing Adams to be a missing link between the essential American writers in the time of Emerson and the modernist writers of the early twentieth century, Seavey shows his novels to be considerations of contemporary political issues while also recognizing the novelistic dimensions in his history and biographies.

Ormond Seavey, Professor of English at The George Washington University, is author of Becoming Benjamin Franklin: The Autobiography and the Life.