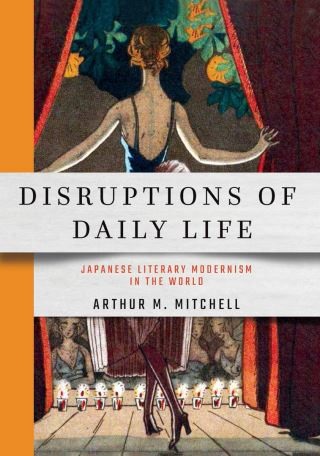 Japanese Literary Modernism in the World

Through broad surveys of discussions surrounding Japanese life in the 1920s, Mitchell locates and examines flourishing divergent ideologies of the early twentieth century such as gender, ethnicity, and nationalism. He unravels how the narrative and linguistic strategies of modernist texts interrogated the innocence of this language, disrupting their hold on people's imagined relationship to daily life. These modernist works often discursively displaced the authority of their own claims by inadvertently exposing the global epistemology of East vs. West. Mitchell's reading of these formalist texts expands modernism studies into a more translational dialogue by locating subversions within the local historical culture and allowing readers to make connections to the time and place in which the texts were written.

In highlighting the unbreakable link between literature and society, Disruptions of Daily Life reaffirms the value of modernist fiction and its ability to make us aware of how realities are constructed—and how those realities can be changed.