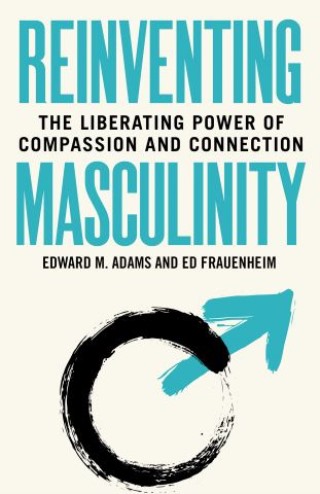 The Liberating Power of Compassion and Connection

“A wonderful book for thinking about how to release ourselves from crippling processes. It's time for men—and for all of us—to stand up and say, ‘Give us back our full humanity, give us back our dignity.'”
—Paul Gilbert, PhD, author of The Compassionate Mind

In a recent FiveThirtyEight poll, 60 percent of men surveyed said society puts pressure on men to behave in a way that is unhealthy or bad. Men account for 80 percent of suicides in the United States, and three in ten American men have suffered from depression. Ed Adams and Ed Frauenheim say a big part of the problem is a model of masculinity that's become outmoded and even dangerous, to both men and women.

The conventional notion of what it means to be a man—what Adams and Frauenheim call “Confined Masculinity”—traps men in an emotional straitjacket; steers them toward selfishness, misogyny, and violence; and severely limits their possibilities. As an antidote, they propose a new paradigm: Liberating Masculinity. It builds on traditional masculine roles like the protector and provider, expanding men's options to include caring, collaboration, emotional expressivity, an inclusive spirit, and environmental stewardship.

Through hopeful stories of men who have freed themselves from the strictures of Confined Masculinity, interviews with both leaders and everyday men, and practical exercises, this book shows the power of a masculinity defined by what the authors call the five Cs: curiosity, courage, compassion, connection, and commitment. Men will discover a way of being that fosters healthy, harmonious relationships at home, at work, and in the world.

Edward M. Adams: Edward M. Adams, PsyD, has been a psychologist in private practice for over thirty years. He founded the nonprofit organization Men Mentoring Men and has facilitated over one thousand men’s meetings, workshops, and retreats. As president of the American Psychological Association’s Division 51, Adams helped usher in the landmark “APA Guidelines for Psychological Practice with Boys and Men” in 2018.|||Ed Frauenheim is senior director of content at Great Place to Work—the research organization behind Fortune’s “100 Best Companies to Work For” list. He has written or cowritten articles for Fortune, Inc., and Wired and is the coauthor of three books.