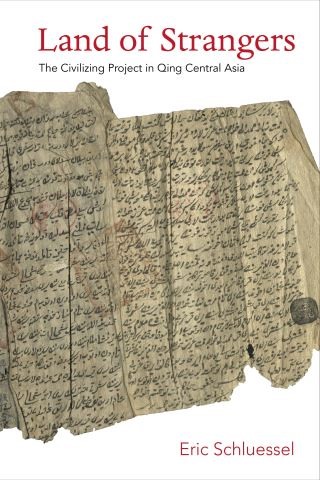 At the close of the nineteenth century, near the end of the Qing empire, Confucian revivalists from central China gained control of the Muslim-majority region of Xinjiang, or East Turkestan. There they undertook a program to transform Turkic-speaking Muslims into Chinese-speaking Confucians, seeking to bind this population and their homeland to the Chinese cultural and political realm. Instead of assimilation, divisions between communities only deepened, resulting in a profound estrangement that continues to this day.

In Land of Strangers, Eric Schluessel explores this encounter between Chinese power and a Muslim society through the struggles of ordinary people in the oasis of Turpan. He follows the stories of families divided by war, women desperate to survive, children unsure where they belong, and many others to reveal the human consequences of a bloody conflict and the more insidious violence of reconstruction. Schluessel traces the emergence of new struggles around essential questions of identity, showing how religious and linguistic differences converged into ethnic labels. Reading across local archives and manuscript accounts in the Chinese and Chaghatay languages, he recasts the attempted transformation of Xinjiang as a distinctly Chinese form of colonialism. At a time when understanding the roots of the modern relationship between Uyghurs and China has taken on new urgency, Land of Strangers illuminates a crucial moment of social and cultural change in this dark period of Xinjiang’s past.