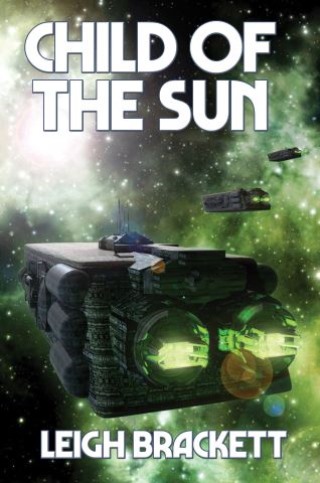 Child of the Sun

Far beyond molten Mercury flashed the Patrol-pursued Falcon....Out to where black Vulcan whirled his hidden orbit, and a flame-auraed last child of Sol played his cosmic game. Leigh Brackett was the undisputed Queen of Space Opera and the first women to be nominated for the coveted Hugo Award. She wrote short stories, novels, and scripts for Hollywood. She wrote the first draft of the Empire Strikes Back shortly before her death in 1978.