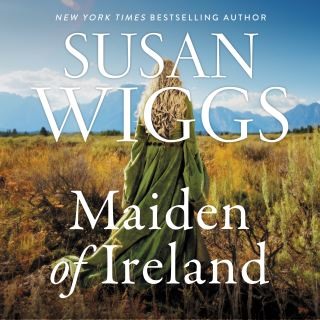 The Maiden of Ireland

John Wesley Hawkins was condemned to hang, accused of treason and heresy. As he's transported to the scaffold at Tyburn, however, the Lord Protector steps in and offers him the hand of mercy—if Wesley agrees to travel to Ireland on a dangerous mission into the heart of the Irish resistance against English rule. He'll have to seduce the rebels' secrets from a headstrong Irishwoman, but that shouldn't be a problem for a man of Wesley's reputation….

Caitlin MacBride is mistress of the beleaguered Irish castle Clonmuir, and she makes no secret of her loyalty to her countrymen. She's determined to remain strong for her people, but a wish for true love one evening at sunset yields the one thing that may sway her resolve. When Wesley walks out of the mist that fateful night, Caitlin's faith in the magic of Ireland is briefly restored—until she discovers he's one of the treacherous Englishmen she has spent her life fighting against.