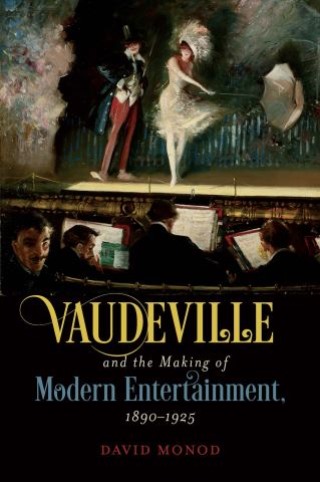 Vaudeville and the Making of Modern Entertainment, 1890–1925

Today, vaudeville is imagined as a parade of slapstick comedians, blackface shouters, coyly revealed knees, and second-rate acrobats. But vaudeville was also America's most popular commercial amusement from the mid-1890s to the First World War; at its peak, 5 million Americans attended vaudeville shows every week. Telling the story of this pioneering art form's rise and decline, David Monod looks through the apparent carnival of vaudeville performance and asks: what made the theater so popular and transformative? Although he acknowledges its quirkiness, Monod makes the case that vaudeville became so popular because it offered audiences a guide to a modern urban lifestyle.