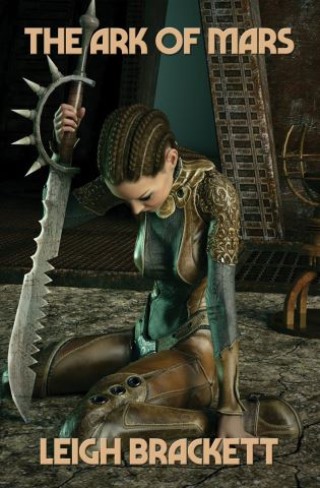 The Ark of Mars

There are men in space again. The catastrophic words went out from Mars to damp Venus and frost--wracked Mercury; to the lunar colonies of Jupiter and Saturn. To all points of the system the warning was screamed: Halt those fleeing star-pilgrims… those space-sons of the Ark of Mars. Leigh Brackett was the undisputed Queen of Space Opera and the first women to be nominated for the coveted Hugo Award. She wrote short stories, novels, and scripts for Hollywood. She wrote the first draft of the Empire Strikes Back shortly before her death in 1978.