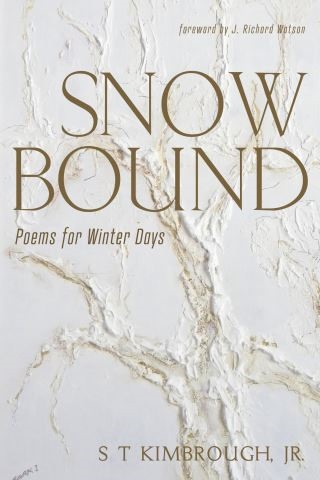 These poems resulted from the author's experience in Lithuania during the winter of 2018, when it snowed on consecutive days for two months. Through the large windows of his hotel room he watched the almost non-stop falling snow. His reflections turned to poetry writing: the changing moods of "Shovel Snow and Sing" followed by "The snow today makes a grim face" from "boot tracks now turned brown." In another poem, he writes: "I must admit I'm weather bound so far as changes go; I'm cheerful or oft brooding found when sleet has turned to snow." J. Richard Watson says, "He walks out careful not to fall, treading in the footsteps of others like the page in 'Good King Wenceslaus,' bumping his head on a tree branch, watching birds fighting for a scrap of something edible. He finds himself wondering at snowflakes in their beauty and brevity, and appreciates, too, the sparkle of sun on the rooftops, the moonlight on the cobbled streets, and the quiet that falls when snow has kept most people indoors." These poems cast a spell that takes the reader on a delightful wintry journey of snow moods, dangers, charms, and joys.