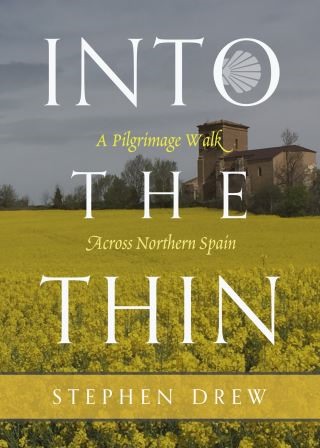 A Pilgrimage Walk Across Northern Spain

It felt like an emotional crucifixion—a dark year in which a father figure passed, a friend and mentor suffered a terminal illness, one child entered psychosis, another child took his life, and a 14 year marriage ended. As a new life began, an ancient pilgrimage called from across an ocean. Would it hold any answers? Were there any answers to be had? Questions are always temporal, but it seems pilgrimage follows the designs of the eternal. Join in a transcendent journey of the body, heart, mind, and spirit from the French Pyrenees Mountains, crossing northern Spain for 500 miles to the city of Santiago de Compostela, and beyond to the coastal town of Finisterre. Share the experience of walking a thousand year old road, the Camino de Santiago, the Way of Saint James, and its miraculous, mysterious ways. This is a story told in the language of the soul. Suffused with resilience, it is a dialogue between humanity and its spirit. It calls.