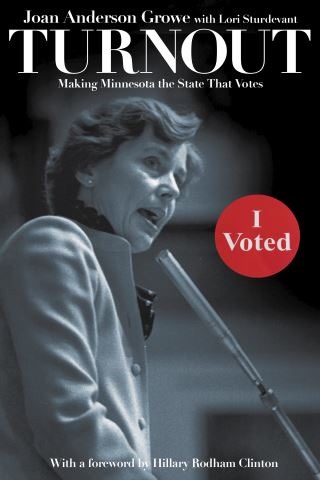 Making Minnesota the State That Votes

High voter turnout in Minnesota is no accident. It arose from the traditions of this state's early Yankee and northern European immigrants, and it has been sustained by wisely chosen election policies. Many of these policies were designed and implemented during the twenty-four-year tenure of Minnesota Secretary of State Joan Anderson Growe.
In inspiring and often funny prose, Growe recounts the events that framed her life and changed the state's voting practices. She grew up in a household that never missed an election. After an astounding grassroots feminist campaign, she was elected to the state legislature in 1972; two years later, she was elected secretary of state, the state's chief elections administrator. As one of the nation's leading advocates for reliable elections and convenient voting, Growe worked with county officials to secure Election Day registration (used for the first time in 1974) as a Minnesota norm. She brought new technology into elections administration and promoted "motor voter" registration. And as an ardent feminist, she has encouraged and inspired scores of other women to run for office.
Part political history and part memoir, this book is a reminder to Minnesotans to cherish and protect their tradition of clean, open elections.