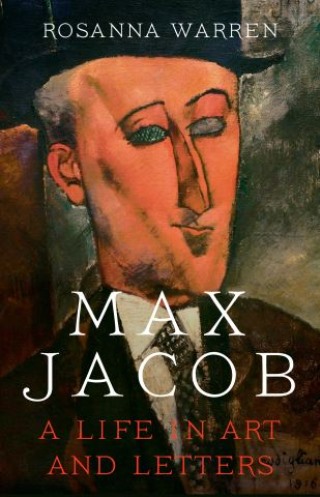 Max Jacob: A Life in Art and Letters

A comprehensive and moving biography of Max Jacob, a brilliant cubist poet who lived at the margins of fame.

Though less of a household name than his contemporaries in early twentieth century Paris, Jewish homosexual poet Max Jacob was Pablo Picasso’s initiator into French culture, Guillaume Apollinaire’s guide out of the haze of symbolism, and Jean Cocteau’s loyal friend. As Picasso reinvented painting, Jacob helped to reinvent poetry with compressed, hard-edged prose poems and synapse-skipping verse lyrics, the product of a complex amalgamation of Jewish, Breton, Parisian, and Roman Catholic influences.

In Max Jacob, the poet’s life plays out against the vivid backdrop of bohemian Paris from the turn of the twentieth century through the divisions of World War II. Acclaimed poet Rosanna Warren transports us to Picasso’s ramshackle studio in Montmartre, where Cubism was born; introduces the artists gathered at a seedy bar on the left bank, where Max would often hold court; and offers a front-row seat to the artistic squabbles that shaped the Modernist movement.

Jacob’s complex understanding of faith, art, and sexuality animates this sweeping work. In 1909, he saw a vision of Christ in his shabby room in Montmartre, and in 1915 he converted formally from Judaism to Catholicism—with Picasso as his godfather. In his later years, Jacob split his time between Paris and the monastery of Benoît-sur-Loire. In February 1944, he was arrested by the Gestapo and sent to Drancy, where he would die a few days later.

More than thirty years in the making, this landmark biography offers a compelling, tragic portrait of Jacob as a man and as an artist alongside a rich study of his groundbreaking poetry—in Warren’s own stunning translations. Max Jacob is a nuanced, deeply researched, and essential contribution to Modernist scholarship.

Rosanna Warren: Rosanna Warren is the author of six poetry collections and a volume of critical essays. She has won the Lamont Poetry Prize and has received awards from the American Academy of Arts and Letters and the Guggenheim Foundation, among other honors. She teaches at the University of Chicago and lives in Chicago.