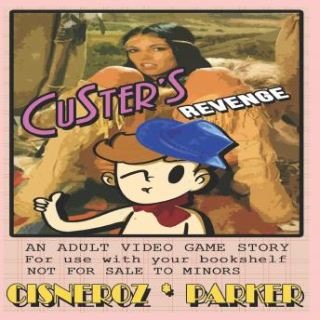 "My name is George Custer, and I'm not a bad kid."

His dander's up, and his pistol's wavin'. He's set his sights on a ravishing maiden named Revenge and by George, he's not about to take it lying down. In desolate Omaha, Nebraska, rumors are just about the only subject keeping young'uns from dyin' of boredom out in the middle of nowhere. But when an eerie rumor seeps its way through the cracks of a fair native maiden off the coast of his nearby reservation, little 'ole George sets his sights to prove it once and for all.