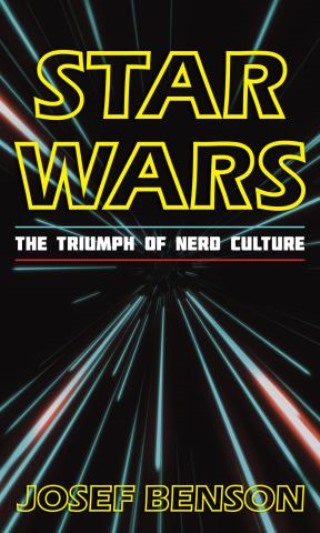 The Triumph of Nerd Culture

Star Wars: The Triumph of Nerd Culture engagingly reveals how the most popular film franchise of all time sprang from the mind of a deeply insecure nerd, who then inspired and betrayed a generation of fans.

In Star Wars: The Triumph of Nerd Culture, Josef Benson offers an unauthorized and provocative expose of the most popular film franchise of all time. Fueled by George Lucas’s insecurities and a fervent fan-base who felt betrayed when Lucas defiled the original films, Benson presents the conflict between Lucas and Star Wars fans as comparable to the twisted relationship between Darth Vader and Luke Skywalker. Just as there is a riveting saga within the Star Wars universe that centers on the rise and fall of Anakin Skywalker and the redemption of Darth Vader, so too has a saga unfolded in relation to George Lucas and Star Wars fandom.

Star Wars fans both love and hate Star Wars and George Lucas. He is equally responsible for their pleasure and pain. Star Wars:The Triumph of Nerd Culture delves deeper into the Star Wars universe than any book has gone before, including an illuminating look into why Lucas sold Lucasfilm to the Disney Corporation and how the sale affected the franchise. After reading this book, fans will never be able to watch Star Wars in the same way again.

Josef Benson is an associate professor of English at the University of Wisconsin Parkside. He is the author of Hypermasculinities in the Contemporary Novel: Cormac McCarthy, Toni Morrison, and James Baldwin (2014) and J.D. Salinger’s The Catcher in the Rye: A Cultural History (2018).