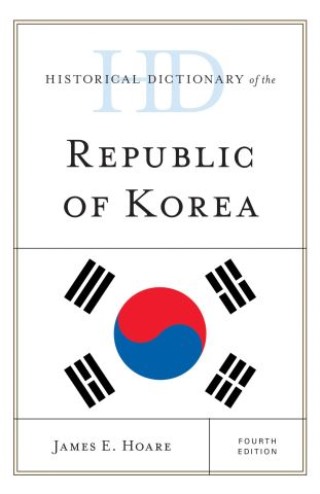 Historical Dictionary of the Republic of Korea

South Korea (Republic of Korea) is the more successful of the two Koreas in both economic and political terms. Even the Asian economic crisis of 1997–1998, which hit badly, was weathered successfully, and when the next crisis came along in 2007, South Korea coped better than many other countries. This economic strength, taken with the steady progress of democratization since 1987, indicates that when the peninsula is eventually reunified, as one day it probably will be, a new unified Korea will follow the South Korea model rather than that of North Korea.

This fourth edition of Historical Dictionary of the Republic of Korea contains a chronology, an introduction, appendixes, and an extensive bibliography. The dictionary section has over 700 cross-referenced entries on important personalities as well as aspects of the country’s politics, economy, foreign relations, religion, and culture. This book is an excellent resource for students, researchers, and anyone wanting to know more about the Republic of Korea.

James E. Hoare: James E. Hoare retired from the British Foreign Service in 2003 after 33 years as a Research Analyst.