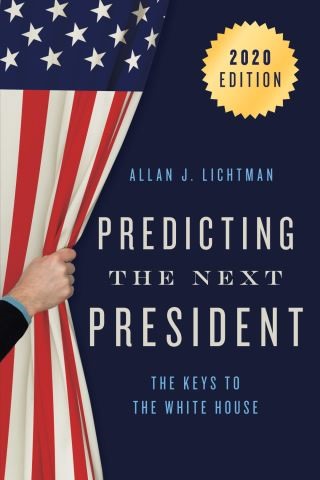 Predicting the Next President

The Keys to the White House

In the days after Donald Trump’s unexpected victory on election night 2016, The New York Times, CNN, and other leading media outlets reached out to one of the few pundits who had correctly predicted the outcome, Allan J. Lichtman. While many election forecasters base their findings exclusively on public opinion polls, Lichtman looks at the underlying fundamentals that have driven every presidential election since 1860. Using his 13 historical factors or “keys” (four political, seven performance, and two personality), that determine the outcome of presidential elections, Lichtman had been predicting Trump’s win since September 2016. In the updated 2020 edition of this classic text, Lichtman applies the keys to every presidential election since 1860 and shows readers the current state of the 2020 race. In doing so, he dispels much of the mystery behind electoral politics and challenges many traditional assumptions. An indispensable resource for political junkies!

Allan J. Lichtman teaches history at American University in Washington, D.C. He is a regular political analyst for CNN Headline News and also provides political commentary for national networks and newspapers. He is the author of White Protestant Nation: The Rise of the American Conservative Movement.

He has published more than one hundred scholarly and popular articles that have appeared in such
journals and newspapers as the American Historical Review, Proceedings of the National Academy of Sciences, New Republic, Washington Monthly, New York Times, Washington Post, Christian Science Monitor, and Los Angeles Times.