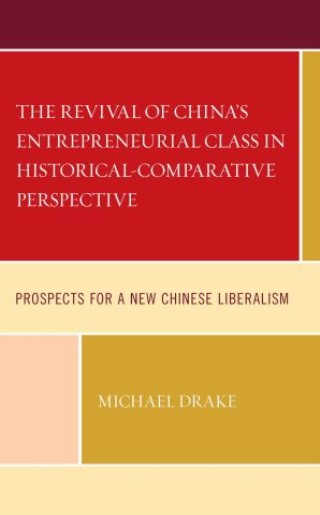 The Revival of China's Entrepreneurial Class in Historical-Comparative Perspective

Prospects for a New Chinese Liberalism

The Revival of China's Entrepreneurial Class in Historical-Comparative Perspective: Prospects for a New Chinese Liberalism examines the evolution of China’s entrepreneurial class and prospects for entrepreneurial-driven political institutional change. Michael Drake posits that decades of economic reforms and social transformation have illuminated a fundamental contradiction in contemporary China—a rule-by-law closed political system governing over an emergent entrepreneurial class requiring property protection—that requires resolution. Drake argues that the Chinese Communist Party has one of two choices: crush the entrepreneurial class, and with it, economic growth and the party’s legitimacy, or cede to the entrepreneurs’ demands for the rule of law and political representation. Drake’s research shows the rise of liberal qualities—rationality, autonomy, property-law interests, political awareness, and political agency—among China’s emergent entrepreneurial class. As such, Drake argues that this liberal trajectory, in conjunction with a lack of viable alternatives for the party, will translate into a new Chinese liberalism, and ultimately, political change.