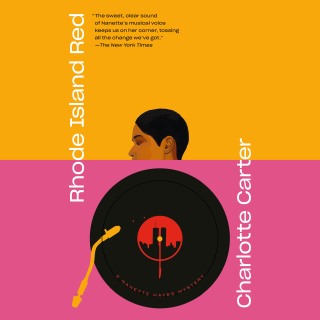 The first book in the Nanette Hayes Mystery series introduces us to jazz-loving, street busker Nanette, whose love life leads her into some very hot water.

Nan's day is not off to a good start. Her on-again, off-again relationship with Walter is off...again, and when she offers a fellow busker a place to stay for the night he ends up murdered on her kitchen floor. To make matters worse, the busker turns out to have been an undercover cop. And his former partner has taken an immediate and extreme dislike to Nan. When she finds that the dead man stashed a wad of cash in her apartment, cash that could go to help his blind girlfriend, Nan's desire to do the right thing lands her in trouble.

Soon she's on the hunt for a legendary saxophone worth its weight in gold. But there are plenty of people who would kill for the priceless instrument, and Nan's new beau just might be one of them.

Charlotte Carter: CHARLOTTE CARTER is the author of an acclaimed mystery series featuring Nanette Hayes, a young black American jazz musician with a lust for life and a talent for crime solving. Coq au Vin, the second book in the series, has been optioned for the movies. Her short fiction has appeared in a number of American and British anthologies. Charlotte Carter has lived in the American Midwest, North Africa and France. She currently resides in NYC.