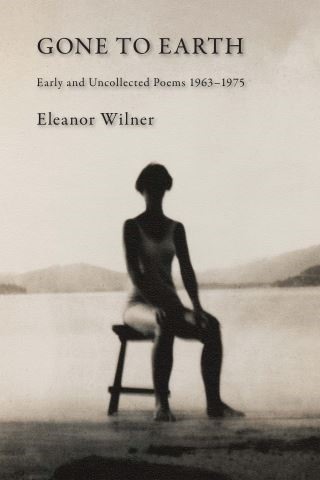 GONE TO EARTH brings to light, late in the long, distinguished career of poet Eleanor Wilner, her early uncollected poems—an unveiling of the first stages of a vital, imaginative process, in whose evocative, imagistic landscapes is enacted a drama of emergence from entrapment. In the often-painful drama of new birth, from the deadly strictures and oppressions of the older social forms, come the living forces undermining them—new life seeded out of a decaying order: “a wet nose / breaks the earth, and sniffs the river air.” Written during the poet’s immersion in the civil rights movement and the protests against the Vietnam War, an inner liberating struggle is tuned to a collective channel where communal memory and vision are undergoing transformation.

Eleanor Wilner has published eight books of poetry, most recently Before Our Eyes: New and Selected Poems (Princeton University Press, 2019) and Tourist in Hell (University of Chicago Press, 2010). Her awards include the 2019 Frost Medal for distinguished lifetime achievement from the Poetry Society of America; fellowships from the MacArthur Foundation and the NEA; the Juniper Prize, and three Pushcart prizes. Her poems have appeared in more than fifty anthologies, including the 2014 and 2016 editions of Best American Poetry. She has taught for many years for the MFA Program for Writers at Warren Wilson College.