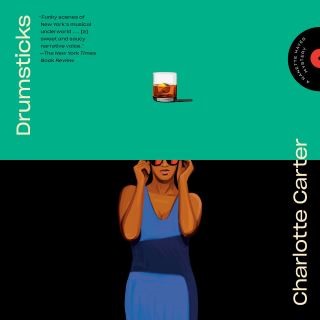 In the third book in the Nanette Hayes Mystery series, Nan finds a voodoo doll is bringing her some much needed luck...until the doll's maker is murdered and Nan is dragged into the investigation.

Nanette is on the rocks. Heartbroken and alone, she finds what comfort she can in the bottom of a bottle. But her life seems to turn around when she's given a voodoo doll, so much so that Nan seeks out the doll's creator, Ida, to thank her. Unfortunately, the meeting doesn't go so well, and Ida ends up with a bullet in her head.

Guilt-ridden, Nan resolves to get justice for her new friend, only to find that Ida was hiding some dark skeletons in her closet. Now plunged into a dangerous world she doesn't understand, Nan will have to team up with some unlikely allies, like her estranged father, a high school principal, and Leland Sweet, an NYPD officer with whom Nan has some major history. But will Nan solve Ida's murder or fall victim to the same forces that brought her down?

Charlotte Carter: CHARLOTTE CARTER is the author of an acclaimed mystery series featuring Nanette Hayes, a young Black American jazz musician with a lust for life and a talent for crime-solving, and the Cook County mystery series, set in Chicago during the 1960s. Her short fiction has appeared in a number of American and British anthologies. Charlotte Carter has lived in the American Midwest, North Africa, and France. She currently resides in New York City.