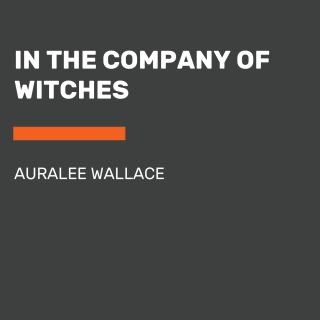 In the Company of Witches

When a guest dies in the B&B she helps her aunts run, a young witch must rely on some good old-fashioned investigating to clear her aunt's name in this magical and charming new cozy mystery.

For four hundred years, the Warren witches have used their magic to quietly help the citizens of the sleepy New England town of Evenfall thrive. There's never been a problem they couldn't handle. But then Constance Graves--a local known for being argumentative and demanding--dies while staying at the bed and breakfast Brynn Warren maintains with her aunts. At first, it seems like an accident...but it soon becomes clear that there's something more sinister at work, and Aunt Nora is shaping up to be the prime suspect.

There's nothing Brynn wants more than to prove Nora's innocence, and it hurts her to know that even two years ago that might have been easier. Brynn, after all, is a witch of the dead--a witch who can commune with ghosts. Ghosts never remember much about their deaths, but Constance might remember something about her life that would help crack the case. But Brynn hasn't used her powers since her husband died, and isn't even sure she still can. Brynn will just have to hope that her aunts' magic and her own investigative skills will lead her to answers--and maybe back to the gift she once thought herself ready to give up forever.

Auralee Wallace: Auralee Wallace is the author of multiple novels, including the Otter Lake mystery series. She has an undergraduate degree in psychology and a Master's degree in English literature, and she worked in the publishing industry for a number of years before teaching at the college level. She lives in Ottawa with her family.