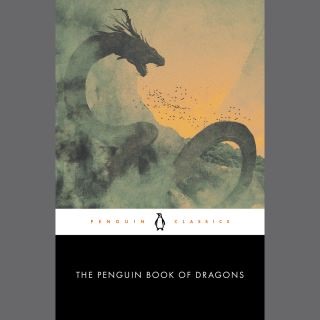 The Penguin Book of Dragons

Two thousand years of legend and lore about the menace and majesty of dragons, which have breathed fire into our imaginations from ancient Rome to Game of Thrones

The most popular mythological creature in the human imagination, dragons have provoked fear and fascination for their lethal venom and crushing coils, and as avatars of the Antichrist, servants of Satan, couriers of the damned to Hell, portents of disaster, and harbingers of the last days. Here are accounts spanning millennia and continents of these monsters that mark the boundary between the known and the unknown, including: their origins in the deserts of Africa; their struggles with their mortal enemies, elephants, in the jungles of South Asia; their fear of lightning; the world’s first dragon slayer, in an ancient collection of Sanskrit hymns; the colossal sea monster Leviathan; the seven-headed “great red dragon” of the Book of Revelation; the Loch Ness monster; the dragon in Beowulf, who inspired Smaug in Tolkien’s The Hobbit; the dragons in the prophecies of the wizard Merlin; a dragon saved from a centipede in Japan who gifts his human savior a magical bag of rice; the supernatural feathered serpent of ancient Mesoamerica; and a flatulent dragon the size of the Trojan Horse. From the dark halls of the Lonely Mountain to the blue skies of Westeros, we expect dragons to be gigantic, reptilian predators with massive, bat-like wings, who wreak havoc defending the gold they have hoarded in the deep places of the earth. But dragons are full of surprises, as is this book.