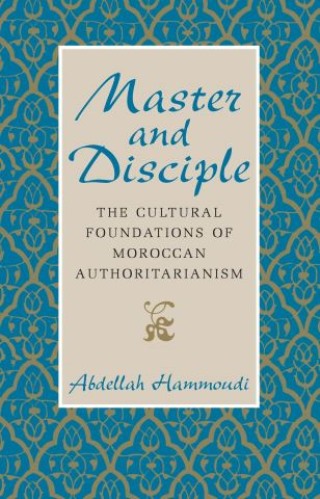 The Cultural Foundations of Moroccan Authoritarianism

In the postcolonial era, Arab societies have been ruled by a variety of authoritarian regimes. Focusing on his native Morocco, Abdellah Hammoudi explores the ideological and cultural foundations of this persistent authoritarianism.

Building on the work of Foucault, Hammoudi argues that at the heart of Moroccan culture lies a paradigm of authority that juxtaposes absolute authority against absolute submission. Rooted in Islamic mysticism, this paradigm can be observed in the drama of mystic initiation, with its fundamental dialectic between Master and Disciple; in conflict with other cultural forms, and reelaborated in colonial and postcolonial circumstances, it informs all major aspects of Moroccan personal, political, and gender relations. Its influence is so pervasive and so firmly embedded that it ultimately legitimizes the authoritarian structure of power. Hammoudi contends that as long as the Master-Disciple dialectic remains the dominant paradigm of power relations, male authoritarianism will prevail as the dominant political form.

"Connecting political domination to gift exchange, ritual initiation, social loyalty, and gender reversals, Master and Disciple is nothing less than a thoroughgoing revision of our understanding of authoritarian rule in Morocco and in the Arab world in general."—Clifford Geertz, Institute for Advanced Study