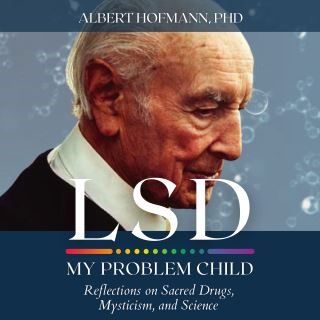 This is the story of LSD told by a concerned yet hopeful father, organic chemist Albert Hofmann, Ph.D. He traces LSD's path from a promising psychiatric research medicine to a recreational drug sparking hysteria and prohibition. In LSD: My Problem Child, we follow Dr. Hofmann's trek across Mexico to discover sacred plants related to LSD, and listen in as he corresponds with other notable figures about his remarkable discovery. Underlying it all is Dr. Hofmann's powerful conclusion that mystical experiences may be our planet's best hope for survival. Whether induced by LSD, meditation, or arising spontaneously, such experiences help us to comprehend "the wonder, the mystery of the divine, in the microcosm of the atom, in the macrocosm of the spiral nebula, in the seeds of plants, in the body and soul of people." More than sixty years after the birth of Albert Hofmann's problem child, his vision of its true potential is more relevant, and more needed, than ever.

Albert Hoffman: Albert Hofmann (January 11, 1906-April 29, 2008) was a Swiss scientist known best for being the first person to synthesize, ingest and learn of the psychedelic effects of lysergic acid diethylamide (LSD). He authored more than 100 scientific articles and a number of books, including LSD: My Problem Child. He was named #1 out of 100 in Telegraph magazine's 2007 'Top 100 Living Geniuses' list.