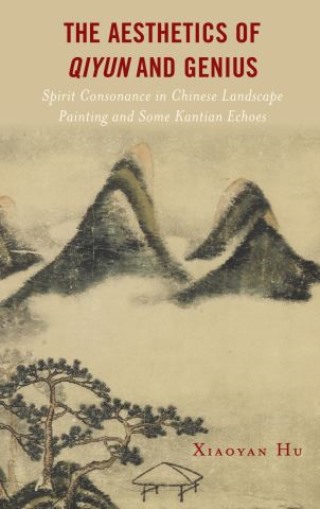 The Aesthetics of Qiyun and Genius

Spirit Consonance in Chinese Landscape Painting and Some Kantian Echoes

In The Aesthetics of Qiyun and Genius: Spirit Consonance in Chinese Landscape Painting and Some Kantian Echoes, Xiaoyan Hu provides an interpretation of the notion of qiyun, or spirit consonance, in Chinese painting, and considers why creating a painting—especially a landscape painting—replete with qiyun is regarded as an art of genius, where genius is an innate mental talent. Through a comparison of the role of this innate mental disposition in the aesthetics of qiyun and Kant’s account of artistic genius, the book addresses an important feature of the Chinese aesthetic tradition, one that evades the aesthetic universality assumed by a Kantian lens.

Drawing on the views of influential sixth to fourteenth-century theorists and art historians and connoisseurs, the first part explains and discusses qiyun and its conceptual development from a notion mainly applied to figure painting to one that also plays an enduring role in the aesthetics of landscape painting. In the light of Kant’s account of genius, the second part examines a range of issues regarding the role of the mind in creating a painting replete with qiyun and the impossibility of teaching qiyun. Through this comparison with Kant, Hu demystifies the uniqueness of qiyun aesthetics and also illuminates some limitations in Kant’s aesthetics.

Xiaoyan Hu is lecturer in art theory at Southeast University in Nanjing, China.