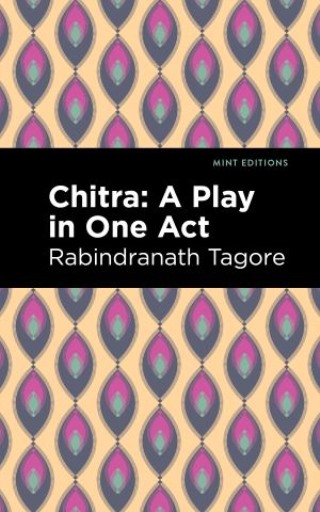 A Play in One Act

Chitra: A Play in One Act (1914) is a play by Rabindranath Tagore. Published following his ascension to international fame with the 1912 Nobel Prize in Literature, the play is based on the story of Chitrangada and Arjuna from Sanskrit epic Mahabharata. “I am Chitra, the daughter of the kingly house of Manipur. With godlike grace Lord Shiva promised to my royal grandsire an unbroken line of male descent. Nevertheless, the divine word proved powerless to change the spark of life in my mother's womb—so invincible was my nature, woman though I be.” Her whole life, Chitra has tried to live up to her father’s name. Raised as the son he never had, she becomes a fearsome warrior and legendary hero, yet still longs for something more. When she meets the handsome Arjuna, Chitra petitions the god of love to make her beautiful. Mercifully, they allow her to be with her lover for one whole year. With a beautifully designed cover and professionally typeset manuscript, this edition of Rabindranath Tagore’s Chitra: A Play in One Act is a classic of Indian literature reimagined for modern readers.

Rabindranath Tagore (1861-1941) was an Indian poet, composer, philosopher, and painter from Bengal. Born to a prominent Brahmo Samaj family, Tagore was raised mostly by servants following his mother’s untimely death. His father, a leading philosopher and reformer, hosted countless artists and intellectuals at the family mansion in Calcutta, introducing his children to poets, philosophers, and musicians from a young age. Tagore avoided conventional education, instead reading voraciously and studying astronomy, science, Sanskrit, and classical Indian poetry. As a teenager, he began publishing poems and short stories in Bengali and Maithili. Following his father’s wish for him to become a barrister, Tagore read law for a brief period at University College London, where he soon turned to studying the works of Shakespeare and Thomas Browne. In 1883, Tagore returned to India to marry and manage his ancestral estates. During this time, Tagore published his Manasi (1890) poems and met the folk poet Gagan Harkara, with whom he would work to compose popular songs. In 1901, having written countless poems, plays, and short stories, Tagore founded an ashram, but his work as a spiritual leader was tragically disrupted by the deaths of his wife and two of their children, followed by his father’s death in 1905. In 1913, Tagore was awarded the Nobel Prize in Literature, making him the first lyricist and non-European to be awarded the distinction. Over the next several decades, Tagore wrote his influential novel The Home and the World (1916), toured dozens of countries, and advocated on behalf of Dalits and other oppressed peoples.